The Baker, The Butcher and The Brewer, Part One: The Baker 19 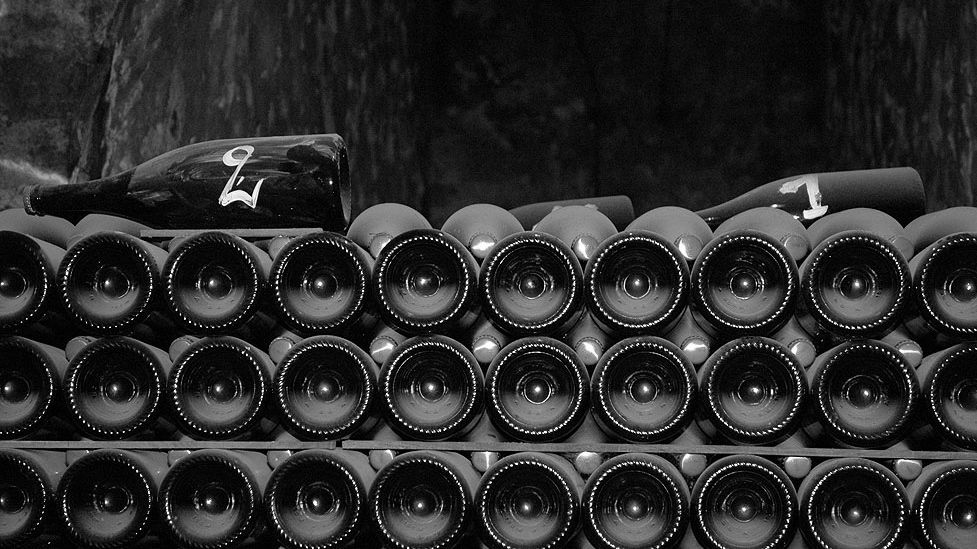 ‘I see that my singular account has moved you or is it the wine. Perhaps both! So it happens that I have a little bit of private business to attend to and you look like you could use some digestion time alone. You have the rest of the wine plus the cool air of the cellar your mind should find it soothing and blooming down here.’

He left without waiting for a response. Anton was alone in the company of the lantern and the countless vintages that have lived here most of their lives. The floor was littered with corks, he stepped on one on almost every step.

Another dweller of this dungeon was an antic looking bottle of single malt scotch standing up at a well light niche on its own covered in a tick layer of dust with a name that no one outside Scotland can pronounce right. That, my good friends, was me, your humble narrator. This was my first encounter with the Baker. Well he became the Baker after he returned into the good warm world. I have a lot to say about me and how my journey re-began. Me, me, me. I am only a bottle of scotch so I am quite selfless. I will get back to me a little later.

The leather-bound ledgers smelled of earth and wet wood. The hardened cracked leather armchairs casted long shadows that blended with the surrounding darkness. A collection of decanters and glassware bended the dim light of the gas lantern. The Baker’s mind soaked in the abstract tale, drifted from the real world and sank into the reality of his immediate surroundings. He felt like a king sitting in his throne with heavy responsibilities weighing on his shoulders. His people were all the vintages of different age and worth, some old and wise, some young and foolish, some old and foolish and everywhere in between. He was the center of attention and all his subjects observed him from their spot in the world. Some admired him, some judged him, some despised him. But they where united under his rule and they all respected what they had in common. They understood that life would be impossibly violent if kingdoms broke down into numerous tribes. And if life took that reverse direction soon tribes would break up into bands and bands into individual families and civilization would disappear. The exact opposite of society’s evolutional direction. He began realizing that in order to keep his chair he had to surround himself with wisest of vintages for council in order to be able to condition the rest and keep them content. And even if he did that perfectly right he had to constantly keep his enterprises in check for times change and adjustments are often necessary. Even with that in mind and a good system in place there was always danger from envious dark spirits like that bottle of scotch (me) that keeps its stare right at him and just waits for him to slip so it can take charge. It is a fragile ecosystem.

I (the bottle of scotch) had a strong fix on his mind so he kept glancing at me. Then he stared at me for some time. (He was primed to take interest in me. Quite by accident. Archibald fed his fictionous story by his surroundings. He saw the leather ledgers on the table, he used them to add weight. They reminded him of scotch so he mentioned scotch. Now scotch was on the Baker’s mind. My niche was well illuminated. Hence, he got a fixation about me.) He felt like he can learn a lot from me because I was a link connecting him to Archibald’s tale and he had learned a lot form him. He wondered about the people and conversations that I had witnessed in this place alone. Wine should certainly dominate your life but exceptional scotch can teach you lessons that no one else could.

‘You like that bottle of scotch! It’s yours, take it back home and contemplate on its merits, it holds many secrets. That bottle is a wizard and it will make you believe in magic if you don’t already.’ Archibald’s voice broke the darkness like a thunder. The Baker’s gut curled up as he uttered.

He realized that Archibald’s private business must have been to take a leak.

‘Magic is everything that matters in this world. It’s a world ruled by wizards. You are about to become one of them. But enough hiding from the world let’s meet some of the master wizards I know.’ He preached as he ignited a matchstick and his face lit up with his last words.

He was right by the stairs up. The Baker was wondering if he was there all this time or he just came back. Asking was pointless and cowardly it would make him look like he had something to hide. He strolled in the direction stepping on wine corks and glancing back at his kingdom.

‘Don’t worry we’ll come back for your bottle.’

The Baker smiled. Because he really wanted me! And! His promiscuous caprice would inevitably alter his life.

NEXT CHAPTER – THE BAKER 20