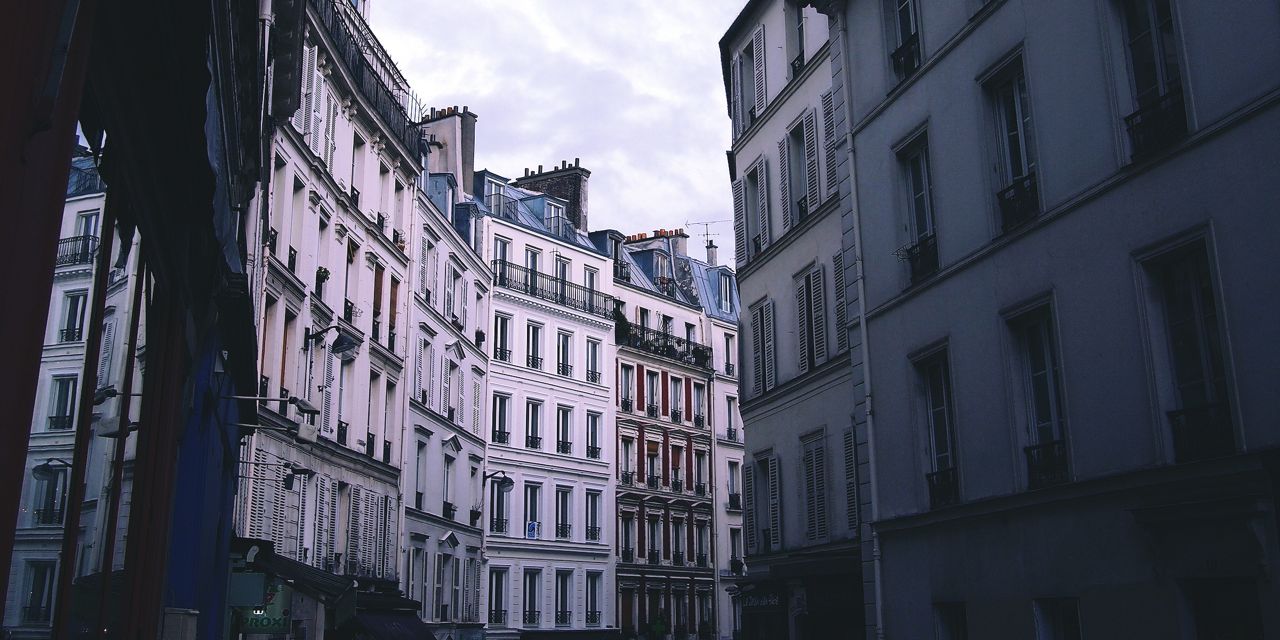 “You ever had tapas?” I asked. We’d been wandering around the city for a while and we both could use a sitdown. “I have. But that sounds nice.” she said.

“The sous chef I work under said he knew the guy who owns this place.” I pulled out my phone and showed her where it was. “He says it’s good.”

“It’s not too far from here. We’ll have to go back over the river. C’mon follow me.” she tugged at my hand and pulled me her way.

We sat in the red and neon lit room and and she looked at me as the waiter stumbled around in French. “¿Sería más fácil en español?” I asked. He rejoiced “Ay Dios mío, señor. ¿Donde aprendiste Español?”

The waiter was ready to take our order. “¿Que quieres?” I asked Sadie. It was hard to turn off.

“Do you like cooking?” she asked as the small plates began to fill the table. “I do. It’s like my life. It’s this heavy bustling mess. It’s expensive, and absolutely physically demanding. Your bosses can yell and scream at you all day and it’ll still be worth it when you clean the floors at the end of the night. Just look at that. That’s what I’m talking about.” I cut into one of the croquettes. A stream of warm cheese and cream oozed out onto the plate. It left the pieces of Iberian Ham hiding inside the golden brown crust. “It’s gorgeous. It nourishes. It’s nostalgic. It captures all the senses. Especially if you eat with your hands.” I picked up the half of the dripping croquette and placed it on my tongue. “You know?” I said after swallowing. “Indian culture equates eating with utensils to making love with a condom. To them they’re two complete and different experiences.” She blushed and took another sip of wine. “So why do you like the visual medium so much?”

She looked away for a second, gathering thoughts. “I guess it’s the history. You can tell a lot about a person in how they decided to depict a situation. Their emotions are in the oils. It’s like being able to be someone else and travelling through time. What a person leaves behind is a record of themselves. You could even stand to figure out if the artist was nearsighted or farsighted. There’s an old theory about impressionists. They may have painted the way they did because they couldn’t see well.”

“Yeah, thats why I love it. An artist puts themselves on the canvas. Whether they meant to or not.”

“I feel that way about writing. I notice I do it a lot when I put something on paper. The words a person uses to create a world in another person’s mind is telling of themselves. Its how they experienced something or what they were thinking. It’s really apparent if you can experience two people writing about the same thing.”

Art headed the conversation for the rest of the night. We’d steeped in it from a young age. A curly haired blonde girl rode in on a bicycle and stopped to pick up what seemed like a late night business meeting dinner. She looked awfully familiar, but I thought that about a lot of people I hadn’t met yet. She wore a red knit hat, a thin leather jacket and a silver ring in her left nostril. She was pretty even through her broken nose. “Parlez-vous Anglais?” she asked as she walked by our table. It was choppy and strewn together. She was American.

“Did you two go to an art school in the states?”

“Sadie. Visual Arts.” We would always say our major when we addressed an alum we hadn’t met yet. It was an unwritten code, a caste system.

“I’m so sorry it’s been forever.  What was your name again?”

“Liz.” she said extending her hand out. I shook it.

“This is amazing.” Liz said “You might have known my sister. Michelle? She graduated right before you.”

“Michelle…?” I said, prying for her last name.

“Abbott. She was in Vocal.”

“I might know her. She hang out with Stuart?”

“I’ve been to your house a few times then, at those parties you guys threw when your parents were out of town. How is she?”

“She works in New York, she’s about to have a baby.”

“Jeez.” I said. I always forgot people have kids now. “How did you get out here?”

“Well, I’m a PA on the new Woody Allen movie they’re shooting. I’m just out running errands right now.” She pulled her phone out of her pocket and checked the time. “I’ve actually got to be going. It was nice running into you again Eli. Nice meeting you as well…Edie?”

“Goodbye.” she said stepping out into the darkening evening.

As we sat and talked, I thought about things that could have been. I thought about how close people could be so close  to each other and almost never interact. The girl, Liz, had gone to school with me for close to a decade and I almost couldn’t remember her. Her sister was an acquaintance of mine, it was  strange to think the life I could have had if I had known her more. “C’mon I want to show you something.” she said after I paid the bill.

We wandered around until we ended up in a residential area. The Parisian summer sunset cast a lovely orange glow across the sky. It blended into beautiful a deep purple evening.  She opened the door to the building and led me up the stairs. The stairs wound up to her apartment. She let me in after unlocking the door. She grabbed some glasses and a half full bottle of red wine. “Want  a glass?” she asked. “Sure.” I said as I watched her pour. She pulled a drawer open and out came a bag filled with a small brown ball, a box of matches and a square wooden pipe. “Old habits, y’know?” I laughed. “That straight edge thing I had wore off a long time ago.” We split a little ball of opium as the sun finally fell below the horizon.

She led me a studio set up in one of the extra rooms. It was messy and quaint. Sheets laid out over the hardwood and an easel near the window. Her apartment walls held up her work on picture wire. A portrait of a young girl. A couple strolling under the trees in a forest. A blend of brush strokes that made a blurred image of lovers in each other’s embrace.  “I don’t show these to just anyone” she said. We sat close on the wooden floor and I ran my hand up and down her back, admiring the pieces of her she let me see. I was interested to see these works. It was neither the wine nor the wax, I couldn’t keep my eyes off them. She kissed my cheek. It broke my trance. I held her close and kissed her neck, sending us both to the bedroom.

I woke up in the night, still high and still drunk. I stumbled to find my cigarettes and pants. I left my shirt on the floor and walked out onto her small balcony. I lit my cigarette and watched the streets. A person on a bicycle rode down the way. They wore a white jacket and tight kitchen hat.  I wondered if they were a baker.

I thought about the girl we ran into yesterday. I took deep drags from the cigarette as I contemplated. What if somehow we dated in high school? What if we had a kid and I worked a nine to five? Where would my life be if I had made one decision I made years ago a different one?

Sadie came up to me from behind and wrapped her covered arms around my torso. “Come back to bed.” she begged. I could feel her face and bare breasts on my back, hidden beneath the sheet she cloaked herself in. I followed her in and lay there on the bed.

Wide awake, thinking about all the possibilities that could have been.

first chapter: That Thing That Never Happened – Part One