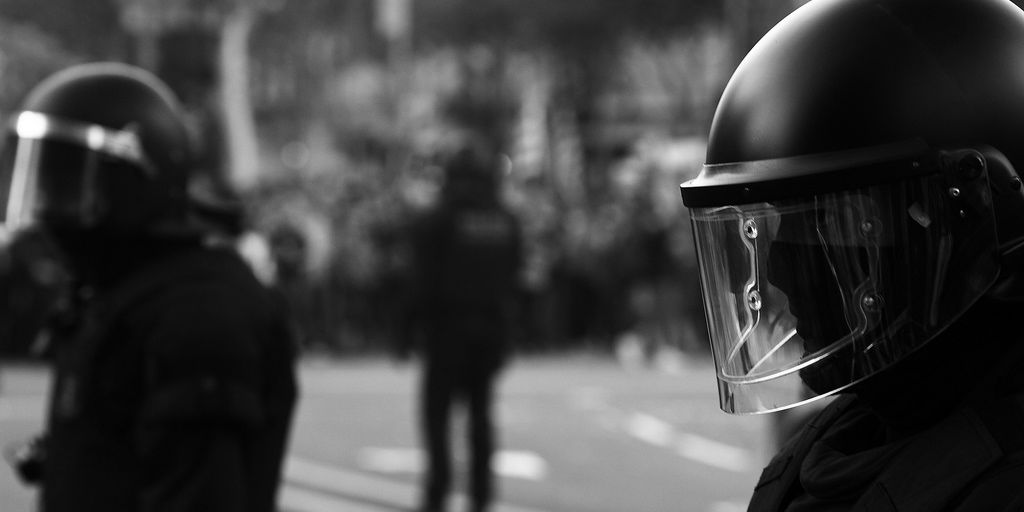 “There’s something I would like us all to do.” Tim said.

“We need to all hold hands.”

The three men seemed reluctant to do this, especially in a public space, but they humoured Tim and followed his instructions.

Alex closed his eyes and then opened them again, squinting to see what was happening. He still wasn’t completely comfortable with the sudden presence of a stranger three times his size. He had his hand firmly clasping the trucks of his skateboard in case their gargantuan companion were to turn on them. Although Alex was confident on his own turf, he found the change of setting off-putting, and was dealing with more nervous energy than he was used to. In Alex’s case this equated to a fairly normal amount.

“Right”, Tim said, “I want us all to imagine a white protective light around us”.

Alex let out a sudden burst of laughter.

“It’s very important that we all take this seriously”, Tim said.

“Sorry”, Alex yelped as he received a swift kick in the shin from Kevin.

“Right, if we all focus on the white healing light, you feel a strength and security washing over your entire body. Within this white light nothing can harm you. You are centred and completely in the moment, aware of everything around you. Focus on this protective healing energy, and let it be absorbed into the core of your being.”

The men continued holding hands for a few minutes while Tim continued talking. He was then suddenly interrupted by a man walking past.

“Are you guys going to the protest? I’ve got some spare masks. All the good ones have gone. I’ve only got a Peter Ombrey and three Kelly Katonas left”, he said.

“Not today”, Kevin said, before anyone else could answer, “but let us know if it was any good and we’ll try our best to make it to the next one”.

“Oh yeah”, the man said laughing insincerely and tilting his head back in contempt, thinly veiled as cheerful agreement. As the man walked back down the carriage Alex thought that he could hear him mutter “Smart-ass”.

“What is this about a protest?” Tim asked.

“It must have slipped my mind”, Kevin said.

“So you know about it then?” Tim asked.

“Know about it?” Kevin lowered his voice, “I organised it”.

“Because we need a distraction, we want to slip in unnoticed, it will be so much easier amongst the chaos, there are protests planned for eight different areas of the city.”

“Is there any way that we can be connected to this protest?” Tim asked.

“No”, Kevin replied, “I was very careful. No one knows that we are involved in any of this.”

“We need to keep it that way”, Tim said, “At this stage anonymity is crucial.”

“Also”, Tim added, “I would prefer if you kept us up to date with what’s going on. I think it’s only fair to us”.

When they arrived at London Bridge Alex stopped at a kiosk to grab a fajita, which he blew on furiously as they made their way underground to the Northern line. When they arrived at Old Street station, Kevin led the way purposefully through the London Borough of Islington. The streets were beginning to fill up, and people were pouring out of tube stations all around London wearing celebrity masks. Some wore caricatured rubber masks and some were made from printouts of life size celebrity ‘selfies’, stuck onto card with the eyes cut out. Hungry human eyes stared out from beneath the familiar faces. As Kevin and his crew walked on, they passed a gigantic piece of graffiti with letters in bold black and white fonts, spelling out the word “Change.”

As the four men reached Kingdom Radio there were people jumping over cars, holding banners, and spray painting shop fronts. There were statements everywhere like: “celeb demon out”, “demon, leave our kids alone”, and “be a passive viewer at your peril”. Protesters were starting to congregate around the Kingdom Building and were hurling eggs and other objects.

With Dale in front now the group were able to forge their way through the crowd. Kevin had produced a rope from his bag with four knots evenly placed. Each one of them held onto a knot and was instructed by Kevin that they should under no circumstances let the rope go.

As they got closer to the front of the building, Kevin pulled a small object from his bag and continued to light it. He threw this into the crowd and it made a deafening noise like a gunshot. The crowd scattered and the protesters went running in all directions. The four men made their way up the steps to the entrance. Kevin texted Amy and the door opened within minutes. She ushered them in quickly. Alex looked around to see police cars arriving at the end of the street as a milkshake carton whizzed past his head. The door closed and, for this moment in time at least, they were safe.

Kevin didn’t recognise the young woman in front of him. “I’m Amy”, she said. Kevin almost slipped up with: “You look different from your profile pictures”, and then thought better of it. She was the single most beautiful girl he had ever seen. He went to talk but the words stuck in his mouth. The other men briefly introduced themselves and took in the foyer around them. Amy thought Kevin’s sudden shyness was adorable.

The building was old, but with a modern face-lift consisting of MDF, concrete, steel, and glass. The overall effect was the shell of a factory from the early twentieth century with the set from The One Show clumsily superimposed over the top. It was clearly well maintained with great sparkling veneers, but with little signs of slowly crumbling from the inside. The building was like an architectural version of the ageing pop singer Cliff Prichard.