The Baker, The Butcher and The Brewer, Part Two – The Bastard 7 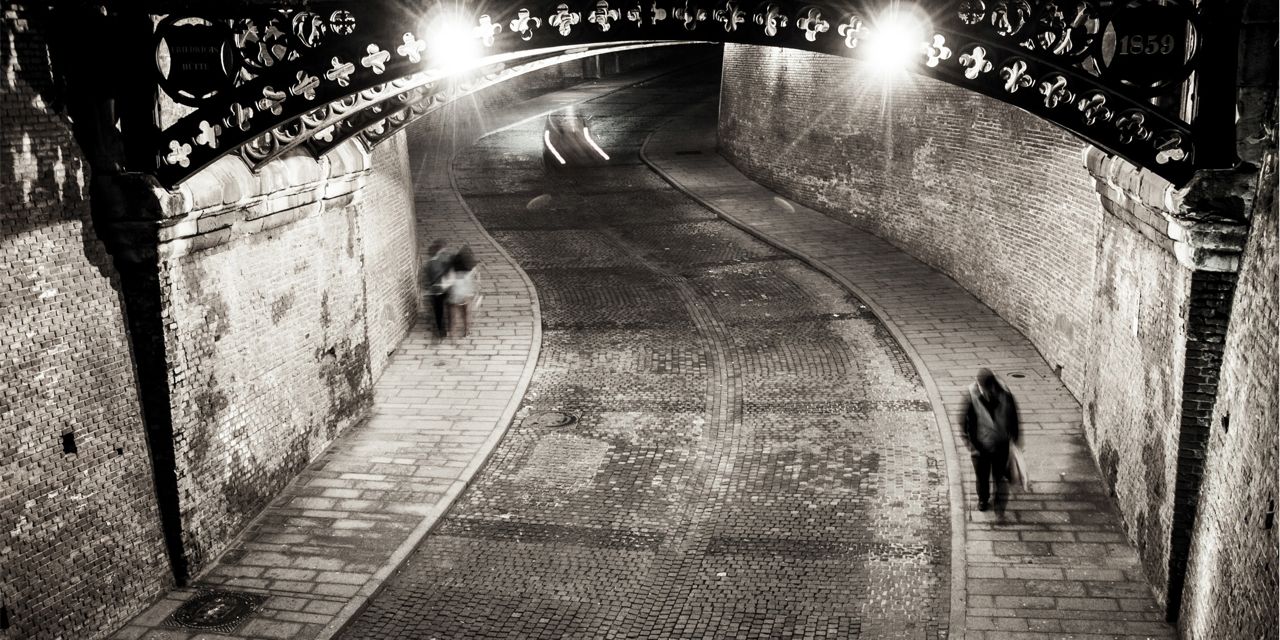 He remembered pain. He pictured it like a comet with an infinite tail. A tail that didn’t grow thinner with length but turned into a monotonous line, a constant companion in his life.

The loss of Grass was yet a new comet in his life much smaller. But. With no shorter tail.

His line of pain had thickened. His teeth were clean.

He sat there, listening to the humming of the fan. It sounded like the solar burning of the ice, dust and rocky particles of a comet’s nucleolus.

The more he sank into the city-ways the keener he grew to uproot himself from his past. He didn’t know how, nor knew anyone with credible insight into life, willing to share it. He didn’t like the food in the city. He was hungry.

The one useful skill he had, was fishing. He selected a wealthy neighborhood with high foot traffic at night. He robbed and saved his gains. In the darkness of the back alleys he found a vestige of solace.

He only kept the hard currency.

That rule was put to the test by a chance encounter with a rather firm opponent. When Mandor pressed him for his wallet the man grinned condescendingly and pushed ahead. He was a strong man both physically and mentally. His weakness came from inexperience in physical tackle. Mandor was forced to break his leg to subdue him. Filled with pain and rage the man called him names. Unmoved Mandor took his valuables and walked away.

Before he could toss the wallet in a garbage can a tiny heavy black envelope got his attention. He opened it and pulled out a solid steal card engraved with gold letters. It read ‘811 fresh meat, meat products, salami’. He was intrigued and for some strange reason he kept it. He smelled the card. The smell reminded him of immortality.

One night on his way fishing he saw a meat store across the street. The front window read ‘811 fresh meat, meat products, salami’.

The light was still on, the person behind he counter was shuffling things about and periodically glanced at Mandor across the street. The man picked up the phone pressed a button, spoke, listened, agreed and hung up.

Mandor held out the metal card and walked across the street. The meat shop felt sterile and too clean to him. The man behind the counter had a white apron on but underneath it he wore a tailored three-piece suit and black tie.

‘Good evening sir! How may I assist you?’ The man was the soul of accommodation.

Mandor held out the card.

‘I see. This is Mr. Preston’s card. Is he a friend of yours?’ The man threaded carefully.

The clerk paused for a moment.

‘Cards are usually not transferable. But we will make an exception. Follow me please.’ The clerk kept cool and eloquent.

Mandor followed the now apronless gentleman through the back of the butchery furnished with stainless steal counters and machinery.

The clerk opened a walk in refrigerator. The cold air streamed out in rolls of clouds. He went in sharply.

Mandor hesitated for a moment, inhaling the meaty fresh air.

Mandor joined him in the lounge of uncooked flesh. The frosty walk was short. The door on the other side opened in the middle of a long hallway. No other doors were in sight.

‘Ahead sir, this way.’ Pointed the clerk before turning back and shutting the door behind him.

Both sides of the hallway faded into darkness. Utter silence. Strange thoughts emerged in Mandor’s head, never occurred to him before. Thoughts of helplessness. This hallway was a fixture in a universe unexplainable by his current knowledge. He looked back at the shut door he came from and begun to fully understand that he didn’t have a choice. He walked on.

next: The Baker, The Butcher, and The Brewer, Part Two – The Bastard 8

previous: The Baker, The Butcher, and The Brewer, Part Two – The Bastard 6