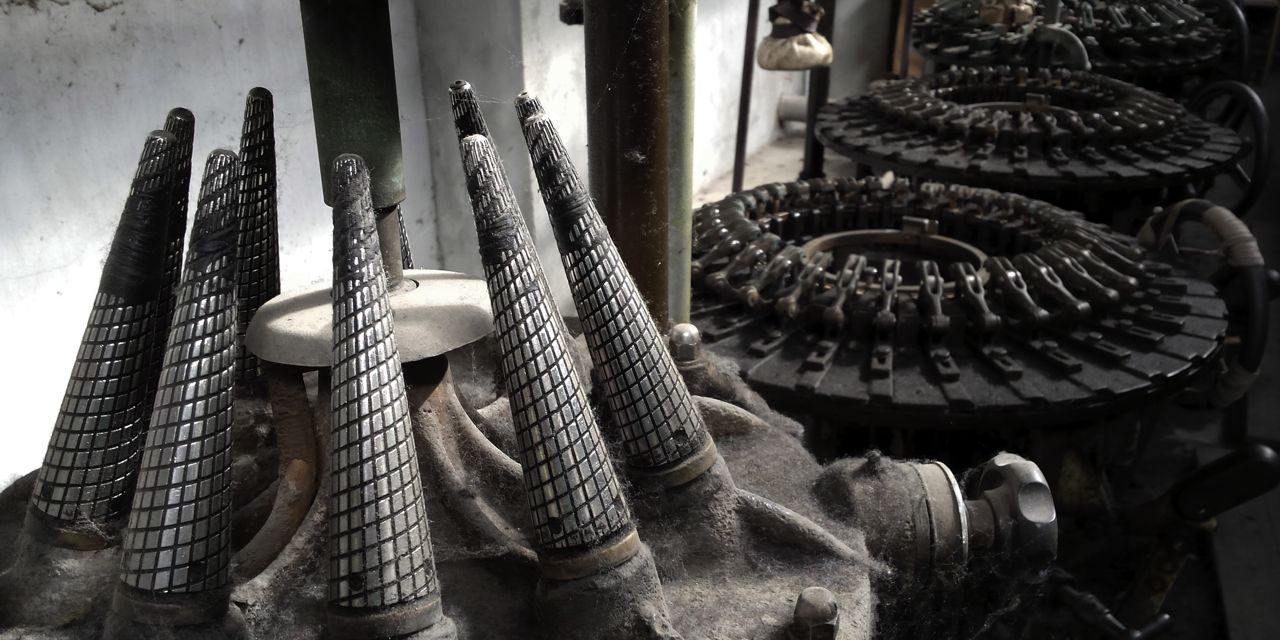 She climbed two more flights before coming to an open door, and even then she had to slam against it with her shoulder to widen the gap enough for her to pass through. Jennifer momentarily reeled in disorientation. Through the door, she had not found another hallway, but a catwalk overlooking an enormous open space, the abandoned factory floor.

She stumbled forward and leaned against the railing, panting. A blistered, red welt of a handprint wrapped around her bare arm. She was only barely able to relax enough to open her fist, but the pain was tolerable only with it clenched shut.

Jennifer pushed the door behind her shut with her foot. Sighing, she slid down to her knees and leaned, exhausted, against the metal railing. While bigger, factory floor was nearly as dark as the hallways on the first. Floating halos of light, burned into her retinas, floated along the edges of her vision. It would take her at least ten minutes for her night vision to come back as strong as before.

Grateful for the moment of rest, she waited quietly in the darkness for her sight to return. The pain in her arm numbed over substantially and her heartbeat slowed to a pace more human than rabbit. While most of the glares in her eyes faded in time, one small speck near the upper corner of her vision stayed as bright as ever. Frowning, she blinked. At the moment her eyes shut, the light vanished. Fuzzily confused, she blinked again. The light blinked out again. It took another ten seconds before Jennifer realized that the light wasn’t coming from her eyes.

Glancing up, she saw a small square of light coming from a window directly across from the upper walkway. After the sensory overload of the burning man, the simple electric light resembled little more than a star on a cloudy night. However small and dim, the light told her three things.

One: There was power

Two: It was stable.

Three: Someone had to be there to turn it on.

As she moved, Jennifer felt her muscles straining against her bones and the joints in her knees pop. Bursts of adrenaline weren’t doing any favors for her body. Ironically, what hurt least was the most worrying. The burn around her arm had gone numb and vaguely cold. She didn’t know much of anything about first aid, but she did know that a bad enough burn could easily cause nerve damage. There would need to be a moment of safety and light for her to get a better handle on her injury, but she likely wasn’t going to find either of those things together.

She was running on steam and inertia. Wendy’s name still floated awkwardly through her mind, but Jennifer kept moving forward on the basis that she was already moving forward. Her head throbbed along with her feet and cut fingers. At the moment, the light on the other end of the room was her destination. ‘Why’ was a question for later.

The right and left ends of the walkway stopped flat against the walls of the factory room, a discovery Jennifer grudgingly expected. On the right side descended a set of cast-iron stairs, built like a fire escape. She sludged over to them and climbed down the steps one by one by exhaustive one. They ended on a short ladder that descended to the concrete floor, thankfully lowered to the ground before rusting into place. At risk of aggravating her burn, she clambered down with one arm and got both feet flat on the floor without any further injury.

From the floor, the window light looked even more inconsequential than before. Instead, the factory was illuminated by the gray, fading light from moderate-sized holes in the ceiling far away. Jennifer was at least able to see her hand in front of her face, but not very much beyond that. In front of her, most of the factory had been gutted of equipment, save for a couple large pieces of machinery that sat like rusting boulders in the corners of the room. Some smaller machines were pushed along either walls while the rest of the open space was littered with tile, broken glass, and what might have been asbestos. To her right was a doorway opening into a ruined bathroom. To her left was a man with three eyes, standing two feet away.