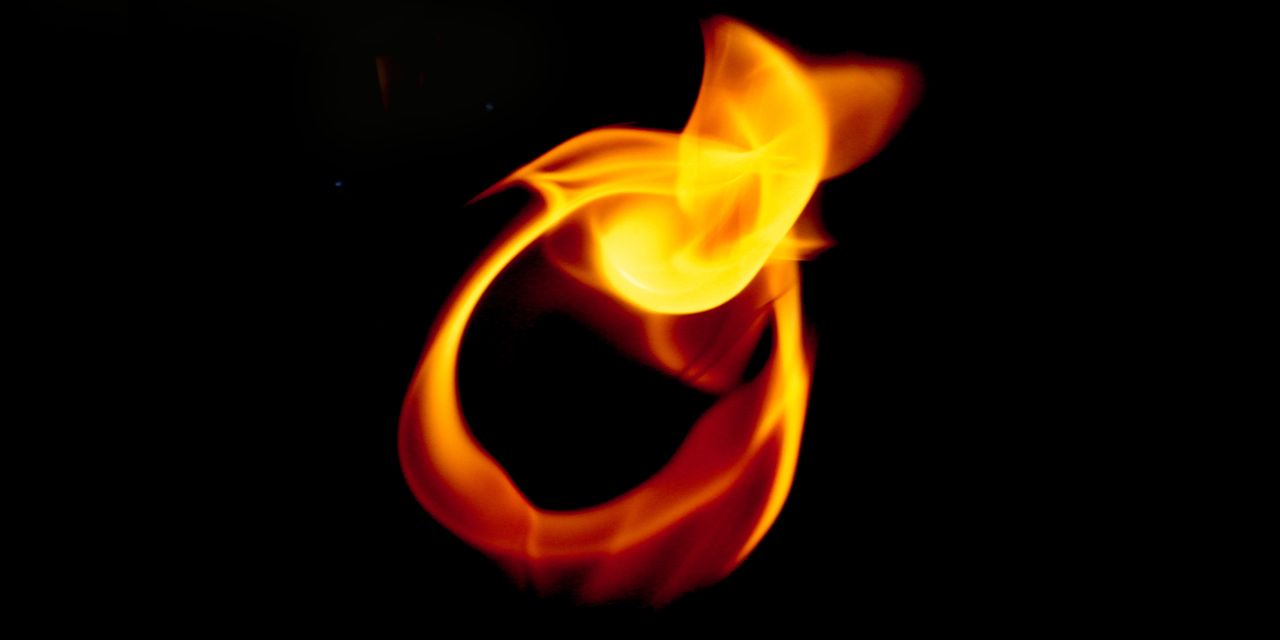 She eventually found another stretch of hallway on what could have been the eastern side of the building. Boarded windows lined the right-hand wall, letting in slightly more light through their cracks and misalignments. A door on the left-hand wall, halfway in the middle, stood open, the door barely clinging to its hinges. Jennifer had been scurrying through the building like a rat in a maze for what felt like an hour. She didn’t even know if she could find the front door again. Sweat was starting to cling to the back of her neck and the musty air wasn’t fit to breathe for very long. Her knees were starting to ache from crouching and sneaking for so long and her thin shoes weren’t designed for high activity. If progress wasn’t made soon, Jennifer would have to start thinking about saving her own neck instead of Wendy’s.

A warm, faint light faded into view at the end of the hallway. She stopped in her tracks, not sure if what she was seeing was a trick of her eyes or actual illumination. While approaching, the light seemed to grow brighter, bouncing off the hanging tiles of the ceiling and broken glass strewn across the floor. Its flickering could be nothing but flame. Jennifer set into a crouched-gallop, trying her best not to make too much noise. She slid her hand along the right wall, keeping as flat next to it as she could.

Jennifer suddenly stopped, her eyes widening. The light was growing brighter because it was moving closer. She started back the way she came, walking backward with her hand still against the wall, her left clutching the rebar rod. It wasn’t working. At the rate the light was growing, Jennifer would only be a quarter of the way down the hall when its holder rounded the corner. Instead, she backed flat against the left wall and switched the rebar to her right hand while grinding her feet into the dirty tile floor. She wasn’t sure whether to throw the bar or to keep it, but she needed to make the first move, either way.

When the figure rounded the corner, she didn’t. Jennifer stopped still because she had been expecting a person holding a torch. It wasn’t. It was a man, skinny and tall, with his head completely engulfed by flames. Charred remains of a shirt hung off his shoulders. The skin of his upper torso had burned completely away, leaving cracked and blackened bones visible. His eyes burned a bright blue, visible even through the heart of the fire. Light issued from cuts and scrapes along his arms, as if the fire went deep into his bloodstream. His bare chest was lit from underneath the skin by an intricate symbol Jennifer didn’t recognize.

The burning man stopped in the middle of the hallway. He flicked his eyes toward Jennifer, but the flames were too bright for her to keep watching them. As the man breathed, the fire spread and shrunk, rhythmically. Sparks fell and lit small fires in the debris around the floor. His shoe began to sizzle as the rubber sole melted to the floor.

Slowly, as if falling, the man began to approach. Heat waves shimmered through the air behind him. He lifted his arm, groping toward Jennifer, light coming from underneath his fingernails. She started to back away in response. Once she noticed the man was coming faster with every step, she started to run in the other direction. A wave of heat burned the back of her neck as she turned away, turning her jog into a sprint, her rebar pipe falling from her grip. A throaty, dry hacking escaped the burning man as he started to run as well, his old clothes falling away into ashes.

Jennifer’s vision was spotty from the light against her eyes. She saw the open doorway on her right second before she sped past. Almost sliding across the floor, she made a sharp, 90-degree turn and shot into the darkness. She caught herself only half a second before she slammed into a wall, far closer than she had thought. As the light of the fire grew brighter, Jennifer grabbed the half-broken door and tried to pull it shut.

It scraped across the ground, raking against the tiles, before it became stuck against a fallen chunk of concrete. A bright hand reached out and grabbed her outstretched left arm. An angry, burning pain lit up her arm. Jennifer shouted, letting go of the door and wrenching her arm out of the man’s grip. There was a slight pause between the two before Jennifer brought up her foot and kicked the man in the middle of his chest. He flickered at the impact, sparks flying like wood cracking in a bonfire. He stumbled backward and slipped on a fallen ceiling tile, falling on his back. Jennifer kicked the concrete wedge away and wrenched the metal door shut.

She doubled over at the pain in her arm. As she did, she noticed that part of her shoe had been burned away and her pant leg was currently on fire. Panicking, she dropped to the floor and awkwardly smothered the flame by rubbing her leg in the dirt. A loud slam brought her almost springing to her feet again. The burning man stared through the small window on the door while slamming its fists against it. It grunted and screamed, the heat from its mouth shimmering against the reinforced glass. Jennifer backed against the wall, her left arm still reflexively clenched into a tight fist. From the light of the burning man, she could see that the room she was in was actually the first floor of a metal stairwell. Not wanting to waste any more time cornered like a mouse, she swung herself around by the railing and sprinted up and away from the screaming flames.

next: Cupcakes and Fingernails – Part Sixteen