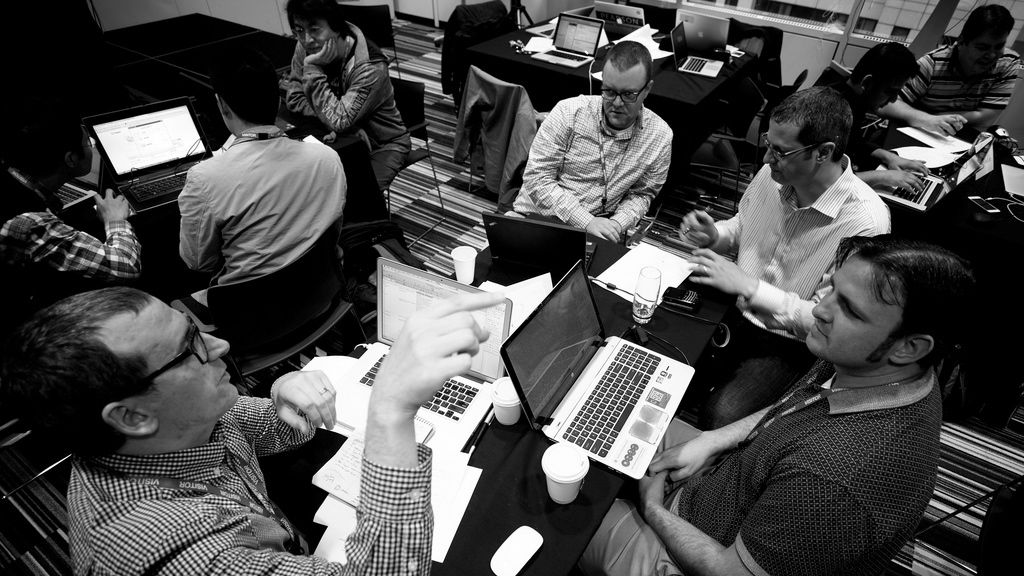 There was something in the bath. Henry looked up and saw a dark shape moving behind the shower curtain. There was a deep guttural humming, and splashing and squelching and slapping. Henry swore, got up and yanked back the shower curtain, and what he saw made him shriek and gag. Lachlan grinned up at him from a bath full of worms and maggots writhing and crawling in a viscous black liquid. He was wearing Nina’s shower cap, and brandishing her loofah, which looked as if it had been dipped in crude oil. The smell of rotting meat was overwhelming.

Henry pulled the curtain back across the bath, and sat back down on the toilet, cradling his head in his hands. “Lachlan this really is too much. I’ve got important stuff I need to do at work tomorrow.”

“I know you have. That’s why I’m here.” croaked Lachlan from behind the curtain.

“What?!” Henry looked up with an exasperated frown.

“To stop you from being spineless.”

For the first time in years, Henry started to cry. Not just weeping, but proper convulsive sobbing. “Oh listen to that!” hissed the voice from behind the shower curtain. “Shameful. Pathetic. A spine of pure jelly.”

Henry got up again and went into the kitchen and put the vodka back in the booze cupboard, and opened a bottle of Merlot. He spent the rest of the evening sitting on the sofa in front of the TV, with the remote control and the telephone on his lap. He flicked through all the channels, eventually finding an interesting looking French film. Lachlan sat next to him, applying Nina’s nail polish to his claws. He kept on grabbing the remote, switching over to the Freeview porn channels and repeatedly chanting “Lively breasts and quivering buttocks!” Every time he thought of phoning Nina, Lachlan would whisper that she thought he was useless and she would never return. After a second bottle of merlot, he started to feel a bit drowsy, and couldn’t be bothered to read the subtitles, so he let Lachlan have the remote. Eventually, he fell asleep.

He was woken by a rhythmic scraping and ringing sound.

He remained seated for a few seconds, gauging the severity of his hangover and wondering what fresh horrors the day would bring, before heaving himself from the sofa and looking around for the source of the sound. Lachlan was standing in the kitchen area, dressed in a light grey suit, a white shirt and a tie. Some blotches of black viscous liquid from the bath last night had soaked through the shirt. In each hand he held two large knives, which he was briskly scraping together. “Morning, sleepy head.” he growled.

“What are you doing?”

“Your knives are not nearly sharp enough.”

“Why are you wearing my suit?”

“It is a big day at the office today. Lachlan must look neat, like a wage slave.”

Henry sighed. “Are you coming to work with me Lachlan?”

Henry shook his head and went to shower. As he washed, he tried to rehearse what he was going to say to Alex. It was clear to him now that he needed to pin Alex down on when they could expect to have a fully functional website, and get him to agree to stop freelancing. He had been trying to do this for months, but had always ended up being crushed by Alex’s withering sarcasm. Henry had a clear vision of how the business was going to operate, but he didn’t have a clue about the technical details. Alex seemed to enjoy implying that he wasn’t qualified to question anything. Henry knew that the situation had become a big road block in his life. He was on the verge of losing his wife, and he was being tormented by a six foot lizard.

He dried and dressed, aware that Lachlan was in the flat, but vowing to ignore him. He gargled for an extra long time with mouthwash to try to expunge the Merlot fumes, and swallowed two tabs of ibuprofen. When he was finally ready he exited the flat into the crisp spring air and slammed the door behind him.

At Elephant and Castle he heard Lachlan behind him, chanting “Wait for me! Wait for me!” He looked around and saw Lachlan striding along in the suit and stained shirt, clutching a blue Oyster card wallet in his right claw. People walked by either ignoring or pretending to ignore him. This was the first time that Henry had seen Lachlan in the presence of other people. The lizard demon looked as vivid and real in the spring sunshine as he ever did.

He was shaking when he entered the office and Alex greeted him in his usual offhand manner. Their two desks were in the middle of the small room, facing each other. When he was there, Alex worked behind a couple of flat screens that protected him from having to make eye contact. For all Henry knew he could have been playing Sudoku.

Henry sat down and adjusted his chair as high as it would go, so he could see Alex’s forehead. He heard Lachlan wheezing behind him, hissing “Lazy Alex, hungry like a hippo, accumulating flesh!”