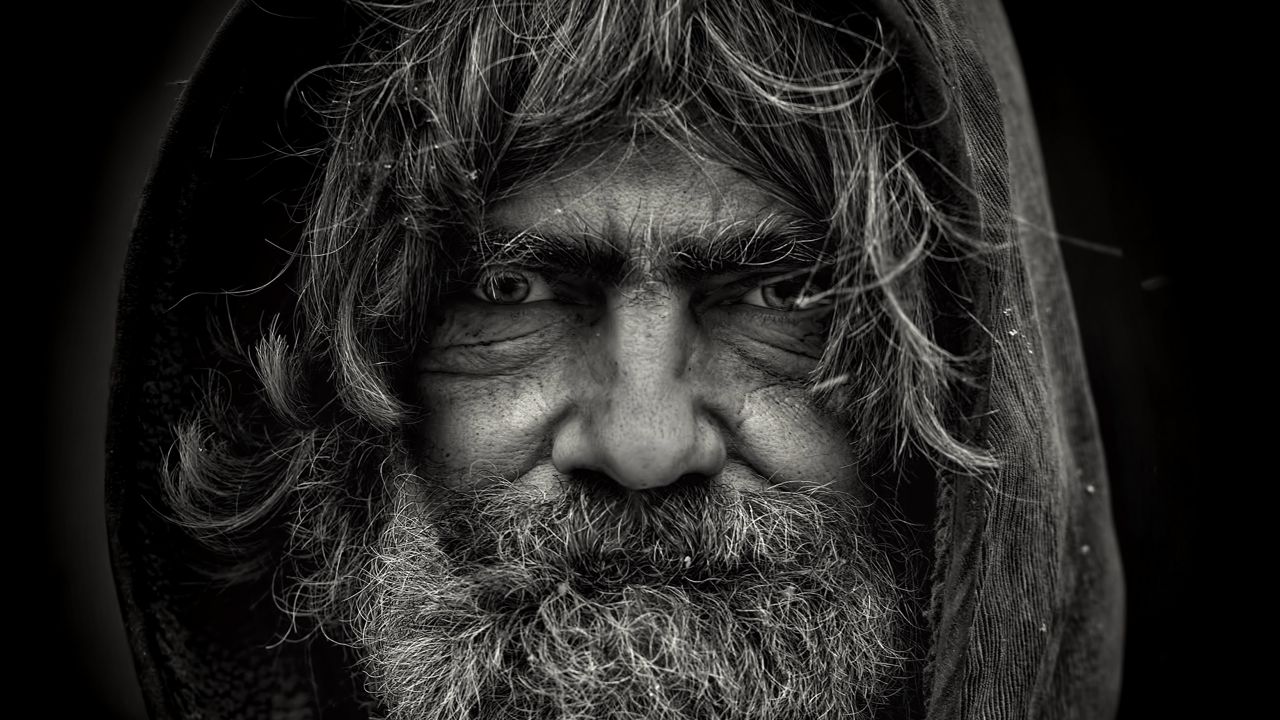 Whether she gave or not – whether others gave or not – it always left her with the same feeling: shame. If she gave, was she furthering someone’s addiction? Was she being swindled by a con artist? Did her money make a damned bit of difference?

If she didn’t give, would The Righteous Sword-Pen of Jesus Hashembuddha Mohammed Lebowski slash her name from The Book of Good Souls? Would she be destroying the hopes of a desperate person who only needed a little charity? Would she be denying someone whose story and troubles were real, whose goals were not to feed a drug habit but to provide food and shelter for two children and an adorable stray puppy? The laws of Jesus Hashembuddha Mohammed Lebowski certainly forbade against neglecting innocent puppies.

“I’m an Iraq War veteran,” the subway beggar addressed the temporarily captive 1 Train audience. “I came home and fell on hard times, lost everything I had. I can’t find work. I just need a little help to get something to eat. God bless you.”

The man was in his late twenties, tall, with a gray baseball cap and a swirling black tattoo that peeked above the cusp of his orange shirt collar. He didn’t look homeless – not homeless enough, at least. No one gave. He got off at Times Square, one in a million collections of animated bones.

The young woman sighed. She looked down at her Michael Kors clutch and her new wedges from Nordstrom’s . How many meals would her accessories be worth to the subway beggar? Or, alternatively, how many dime bags?

She sighed again. The train pulled into Pennsylvania Station. She had a 10-minute walk to work from there. “Work” – that’s what they called the form of adult babysitting for which she was handsomely compensated in cash and self-loathing. Eight hours behind a high-volume, low-class bar, doing her best (with the help of advanced push-up brassiere technology) to persuade 20-somethings to inebriate themselves … but only to the point that they would not pass out, throw punches, throw up or do anything else that was bad for business. Bar-goers and beggars, they were one and the same: human beings trying to escape the troubles of their minds in the way that made sense to them. The difference was the ability to pay for the habit.

What did the beggar think of her, anyway? Did he see her as no more than a walking piggy bank that would open if he summoned the correct level of assertive self-humiliation? Was she one in a line of a thousand faces, some of which acknowledge his existence, most of which didn’t? Did he find her beautiful? Would he have asked her out, in another life?

Running late, she zipped down the sidewalk; apparently it was too much to ask to have her existential quandaries on the days when she was running ahead of schedule. She rounded the corner at Avenue of the Americas and almost walked her Kenneth Coles all over the back of a 60-year old black man in a blue bucket hat.

“I’m so sorry!” she said, clutching his shoulders and thanking Jesus Hashembuddha Mohammed Lebowski that she hadn’t knocked him over.

“I’m ok, baby,” said the man, whose face was as worn as his jeans, with even more character. “But maybe you have some change you can spare me?”

The young woman covered her face and laughed, hoping beyond hope that the man would not think it was at his expense. Some things in this world were simply too perfect.

“I don’t have anything on me,” she said, composing herself. “But come on – I’ll buy you a drink.”

NEXT STORY: THE HUMAN COMEDY – SHOOBIES