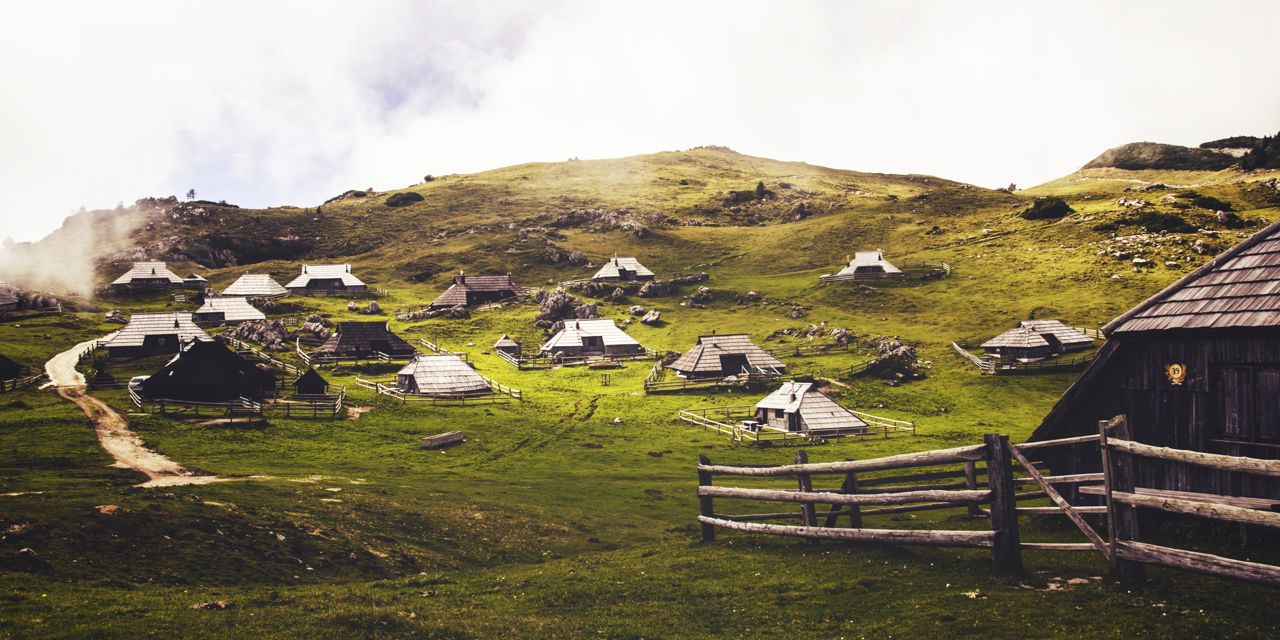 The warmth of the sun caressed Patrick’s face and he opened his eyes. Through the thatching of the roof, beams of light split the room into segments. For a moment he forgot where he was and he turned his head to kiss his wife good morning. His neck ached and suddenly all he could feel was the weight of his bones in his flesh, pinning him to the ground in pain. He tried to cry out, but his throat was in ribbons and only a small wet sound shimmied pathetically past his lips.

A shadow appeared in the door and made its way towards him. As it got closer Patrick recognized her as the woman from the previous night, although he was still not sure how much of that was real or imagined. She knelt by his head and applied something cool all the while singing softly a song he did not know. She paused, ‘You need more rest. You have a fever and you likely have an infection in your legs. I’m going to put something on your wounds and it’s going to be painful, but try to relax. It will help.’

Patrick bit his lips from the inside and nodded at her as a stray tear escaped from the corner of his eye and made a path to his ear. He tried to clear his throat before he spoke, ‘My family, you said today you would look. Have you found anything?’ She had moved down by his feet and when she looked up, he couldn’t see the expression on her face, but he saw her shake her head. He shut his eyes again and began to silently pray for them.

She was burning him. Patrick tried to sit up, but he couldn’t. The searing pain in his legs made them feel almost frozen. He was back in the sea again and fighting for the shore. He thrashed his head form side to side and screamed into the center of the room but it didn’t help, it only made other parts of him hurt.

‘Shhhhhh, I know it’s terrible, but I need to get the infection out.’

‘We’ll have to cut off your legs if this doesn’t work, trust me; this is much better for you. Please let me try.’ The woman began to sing again and Patrick focused on the words she was saying to try and distract himself from the terrible things she was doing to his body.

Another woman came into the room and placed something cold and wonderful on his forehead and put something on his tongue before she propped up his head to drink from her pouch. Darkness came shortly after and Patrick was wrapped in a warm cocoon of sleep and thought of nothing.

Martha held tightly on to Ginny. She could count the delicate bones of her tiny body and could smell the decay on her breath as she slept. She knew that if Patrick wasn’t back soon they would die. Two more men had perished since he left and no one had the strength to move the bodies.

One man, just feet away from them, had started to make noises as he began to decompose. Windy, creaky noises like a haunted house. Martha snickered then, at a memory of her younger self who was foolish enough to be scared of haunted houses. It all seemed so silly now that she was living this hell. She longed for those days again when the worst thing she thought could ever happen to her was a ghost tapping her on the shoulder.

Martha had survived the worst things a human could since they set off looking for this “New World.” Patrick had described this unknown place with such passion and excitement that she couldn’t have denied him this chance for an adventure. But now, rotting in the belly of a boat, forsaken by both God and man alike, Martha wished she’d put her foot down and insisted that they stay put.

Ginny groaned and tried to roll over, but Martha steadied her and put her hand over her mouth. The men on the boat had gone mad. She’d had to pretend Ginny was dead to stop one of them pawing at her child’s tiny body just last night. It took some convincing and Martha had to offer herself up in her place. Any sign of life now could mean the end for Ginny, and Martha didn’t have any fight left in her, not even for her daughter. She couldn’t bear to think of how Patrick would feel if he ever knew the lengths she’d already gone to protect their child. But he never would, she thought, because Patrick was dead.

Patrick awoke with a start and with the taste of salt in his mouth. He was completely bare, dripping with sweat, and there was a circle of people standing over him, they were humming. For the first time in what felt like forever, Patrick’s body felt like his own again. He could wiggle his toes and move his mouth. He could lift his arms and he could see the faces of the people above him and they were smiling.

The woman who Patrick had come to know, the woman who burned his legs and sang him songs bent down and clasped his hand. ‘The fever has broken,’ she squeezed his fingers gently through hers, ‘You will live.’

Patrick looked around and inhaled the thick, fragrant air through his nostrils. The circle of people expanded and gave him space. Patrick sat up with the help of the woman, who quickly placed a cloth over his nakedness. ‘Thank you, everyone. You have taken me in, looked after me when I was sick and have helped me to heal. You have been very kind to me and I am so grateful to you. I hope one day I can repay you for all you have done.’

The group nodded earnestly and one by one left the room until just Patrick and the woman remained. Patrick studied the woman’s face for a few moments before speaking. ‘I have you to thank most of all, please tell me what is your name. I can’t believe I don’t know.’

The woman looked away and a heat came into her cheeks. ‘She spoke into her shoulder, ‘my name is Aquinnah.’

Patrick turned her face towards him, ‘Aquinnah, what a beautiful name.’

next: Giving Thanks – Part Three

first chapter: Giving Thanks – Part One