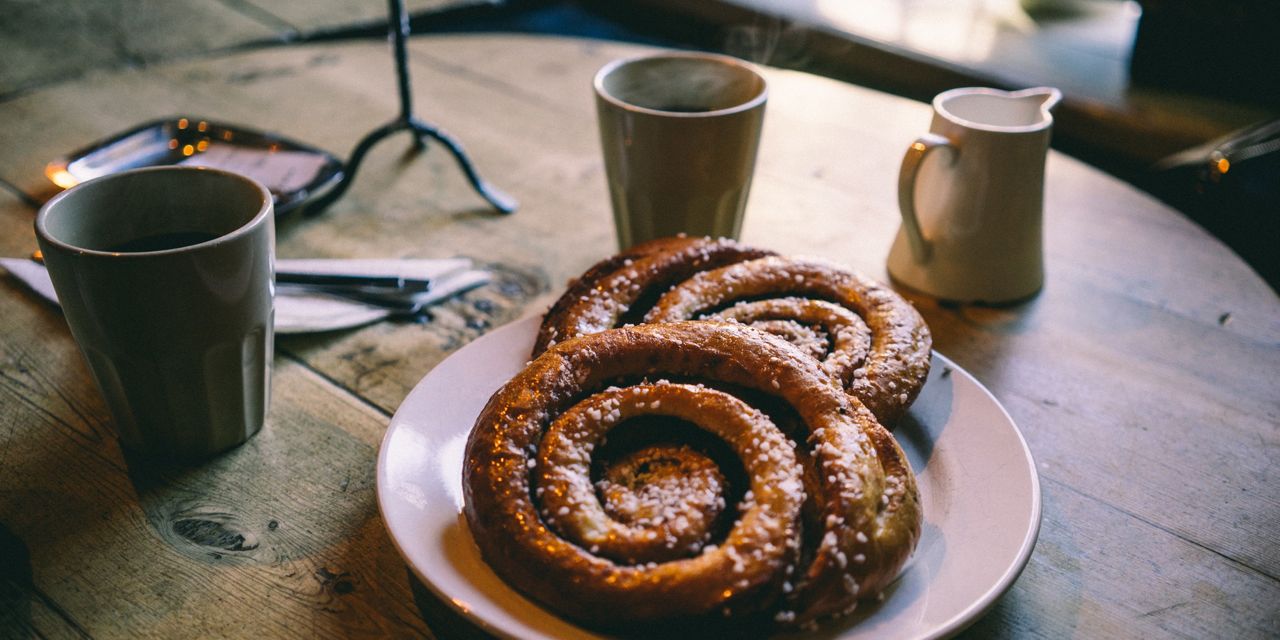 I shook the outstretched hand of Prometheus.

“If you like,” said Prometheus. He smiled that massive smile again.”Does this mean you’ll hear what I have to say?”

The many voices in my head screamed and protested and demanded my attention.

The God in the bright red suit stretched his arms wide.

He directed me to sit down at the kitchen table. There was freshly brewed coffee and tea somehow, along with some steaming hot biscuits.

He began with a short recounting of the history of the Greek gods, most of which I forgot instantly.

Prometheus took a bite of his biscuit and smiled.

The voices in my head were wailing.

“Didn’t he chain you to a rock or something?” I asked. Prometheus nodded.

“For eternity. Did this wonderful trick with an eagle and my liver, too.”

We sat in silence for several moments.

“What do the Greek gods have to do with my memory loss?” I asked.

“Most of them haven’t got a single thing to do with it at all,” said Prometheus. He smirked when I rolled my eyes. “Kronos, though — he’s got quite a bit to do with it. It’s actually mostly his fault.” Then he raised an eyebrow. “Mostly.”

“The god of time!” The god of forethought popped another biscuit in his mouth. “Weren’t you listening?”

“‘Time is inconsiderate.'” I remembered the lone, surviving sentence from my novel. “So the God of time is to blame for my memory acting strange?”

“No,” Said Prometheus. “The God of time is to blame for your memory loss; the strange part is all your fault.”

“Simple,” said Prometheus. Here his smile grew especially wide. “You got him drunk.” The creator of men giggled.

My mind returned to the events of several nights ago. The exact unfolding of events was understandably fuzzy. Dave, Mat, Tim, Steve and Alex had all been there. Of that I was convinced — even if they weren’t.  Was there possibly someone else?

At some point in the night, presumably earlier than later, Steve had asked about a friend of his coming by. It was some guy he had just met — exactly how, I couldn’t remember. I was drunk and we were having a good time; I had absolutely no reason to suspect a friend of Steve’s to be anything other than an addition to the festivities. I certainly had no reason to suspect them to be the God of time.

“We were celebrating my book being finished,” I said. I was staring into my coffee. “Why would Kronos show up to my book party? What possible interest …”

“If Zeus is a crotchety, old, narcissistic prick, he gets it from his father,” said Prometheus. He took a large swig from his mug.

“What do Zeus and his father have to do with Kronos being at my book party?”

“If you had been paying attention,” he seethed, “You would know that Kronos is Zeus’s father. Try to keep up.” The Greek god patted me on the shoulder. Coffee splashed out of my mug and onto my pants.

“Whatever your book was about,” Prometheus continued, “it must have pissed him off.”

I was furiously wiping off my pant leg.

“I seriously doubt I wrote anything significant enough to concern the God of time,” I noticed the voices in my head had all but stopped.

“As do I,” said Prometheus. I glared.

And then the harbinger of fire moved his face very near to mine.

“But one thing I do not doubt.” The large smile was not on his lips, but I was very certain I could see it in his eyes. “You’ve been meddling.”

He said it very quietly. The voices in my head were completely hushed.

“Meddling with what?” I whispered.

The Greek god threw his arms up suddenly.

“No idea!” he shouted. A sound somewhat like laughter, but far more melodic and terrifying, rose from his lungs.

I spilled my coffee again.

“But I do love a good meddler!” continued Prometheus. I cursed and rubbed my leg ferociously. “I tried to stay out of this — truly, I did — but you’d gone and made such a delightful mess of things that I couldn’t help myself!” The God at my table took another swig from his mug. “I had to come and play.”

I glared at Prometheus

“Will you get to the point, please?” I asked through gritted teeth.

“I’ve already told you,” said Prometheus, “I’m here to help you steal your memory back!”

I took a long time to respond. The voices in my head had started arguing again. I was trying very hard to give them each a fair trial. It was anything but; they all knew which one would win.

Prometheus let out a cry of delight. His eyes flashed and sparkled. He pulled out his pocket watch and grabbed my arm.

And then, somehow, we were in London.

next: Kronos Got Drunk – Part Four