The Malevolent One – Part One 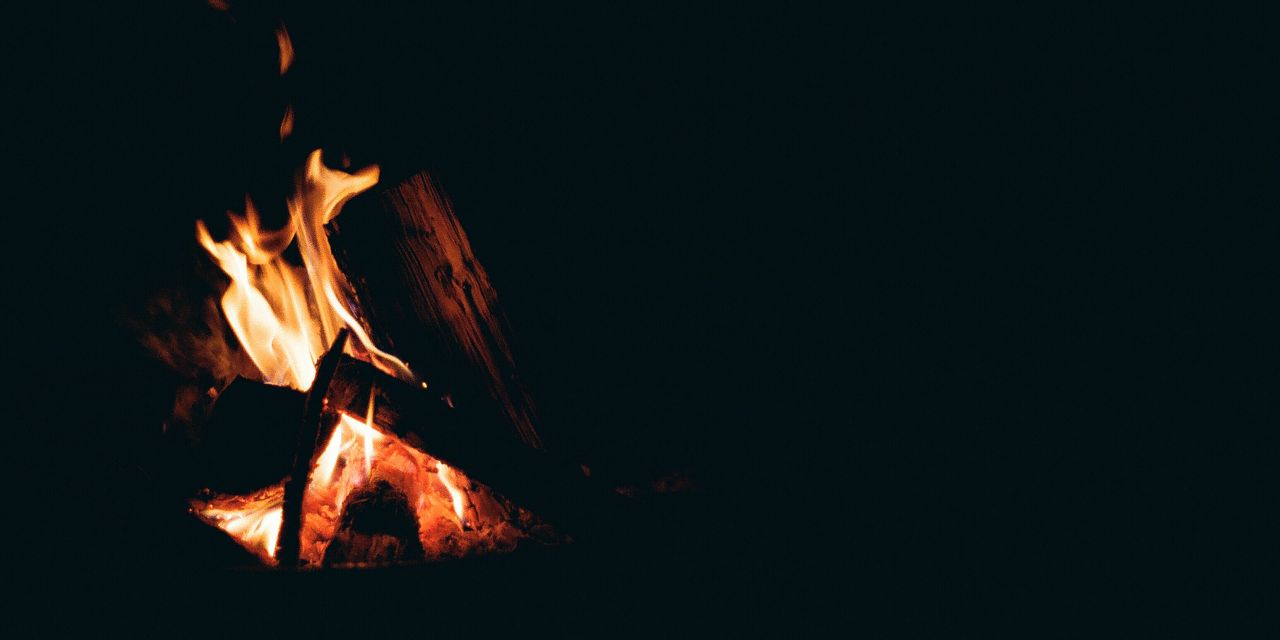 From rock to rock Joe scurried like a muskrat filthy with tattered clothing, the stench of road kill left in the desert affixed to his person. In his right hand he held the makeshift shiv he created from metal shrapnel he discovered amid a pile of metal. He had seen a flame. Light meant a person and a person meant supplies and food. It had been such a long while since Joe had felt his stomach full with sustenance and he would do whatever needed to be done to fill it once again. The rough surface of the rubble was torture toward his feet and he left little dabbles of his own blood after he cut his bare foot on a particularly sharp piece of rock. The sky was dark and the only source of light he had to guide him was the lazy moon in a crescent that continued to shine up the night sky and all those below even after all of the horror and death had occurred. As he moved at a quick pace his foot stumbled on a loose piece of rubble and he fell to the ground. He laid there with his eyes closed awaiting for the inevitable crunch of their jaws around his neck, one might even welcome at this point after everything he lost but the killing blow never came. I guess if there were any of them around they would have killed that idiot with the light. Maybe I’m in the clear for now. Even knowing the beast might be at bay for the time being he slowed his speed and kept his eyes shifting up and down so as to not fall down again. The light in the foreground grew brighter as Joe closed the gap of distance, it looked like some small one story building residing near the edge of a forest. Gigantic limbs of trees grew over the building, to Joe they looked like fingers of a Titan waiting to drop and pull the building down to Hell. As Joe got closer to the concrete building the moonlight made it easier to make out its features. If the sign was reliable the run down rubble had once been a pizzeria by the name of Bucks pizza and chicken, but it was a restaurant no longer. Time had not been kind to the Bucks along the sides nature began the odyssey of retaking what was once hers as the vines crawled up to the roof. A roof even from the outside in front Joe could tell had fallen down in one place. The anticipation of what was about to happen caused sweat to build up in Joe’s right hand making knifes hilt slippery. He skirted the knife to the other hand and wiped his right on a supply of dirt on the floor. Joe returned the blade to his dominant hand, the soil working as a solid adhesive so he wouldn’t let go carelessly. Startled by a sudden beam of light Joe crouched behind a boulder nearby. Did he see me? Peeking his head out ever so slightly Joe saw the large silhouette of a man standing in the doorway of Bucks building. The sound of a small stream filled Joes tired ears as a stream of urine hit against the hard cement. What better opportunity am I going to get than this? Better to get him now when he’s occupied than wait. I can’t stay out here until he falls asleep because one of them might stumble across us by then. Joe pointed the blade so that the pointy end pointed down to the ground he decided he would go for the stabbing technique Norman Bates used when he murdered the beautiful woman in the shower. The supply of liquid looked to be slowing down, Joe couldn’t afford to wait even another moment. He jumped for his position and sprinted toward the light and the person standing in the doorway. Joe didn’t scream out in a battle cry like so many did in the movies he used to watch but even still the person in the doorway heard his advancement. The man looked like he was trying to pull up his trousers as quickly as possible but failed as he stumbled onto his back with a robust curse. Well, this couldn’t have gone any better, now I just need to silence this fool quickly so he doesn’t attract any of them. Joe entered Bucks and quickly examined the place the boy had called home, it wasn’t a lot. A small bonfire, opened emptied cans, a tattered mattress, but most importantly a rucksack laying in the corner of the room. But before he got to that he had to kill the boy before him. Don’t look him in the eye Joe. You know how much more difficult that makes it. He approached the boy still struggling with his pants and held his knife above his head about to bring it down and end his life when something dropped from the ceiling. From the hole in the roof a giant figure fell and landed on its feet, from the poor lighting coming from the bonfire Joe could see he was black and wearing a dark jacket. An earlier Joe would have fled the scene immediately after this individual showed up but after looking the intruder over Joe could see they weren’t armed. With his confidence escalating he pointed his three inch knife towards the new stranger and spoke.

“Get out of here before I gut you. I was here first and unless you want an early grave I suggest you leave now.”

The threat hung in the air for a couple of seconds before the black man began to chuckle. From underneath his jacket he produced two swords of considerable length, the startled child between them got to his feet slowly using the wall as a handhold. So this is it huh, a giant man with two swords, an injured cowardly kid, and me with a pathetic knife. The three of them stood together waiting eyes flinching side to side begging for someone to make the first move.

The screech was enough to consume the three with a sickening dread. They found us.

next: The Malevolent One – Part Two

photograph by May Mantri