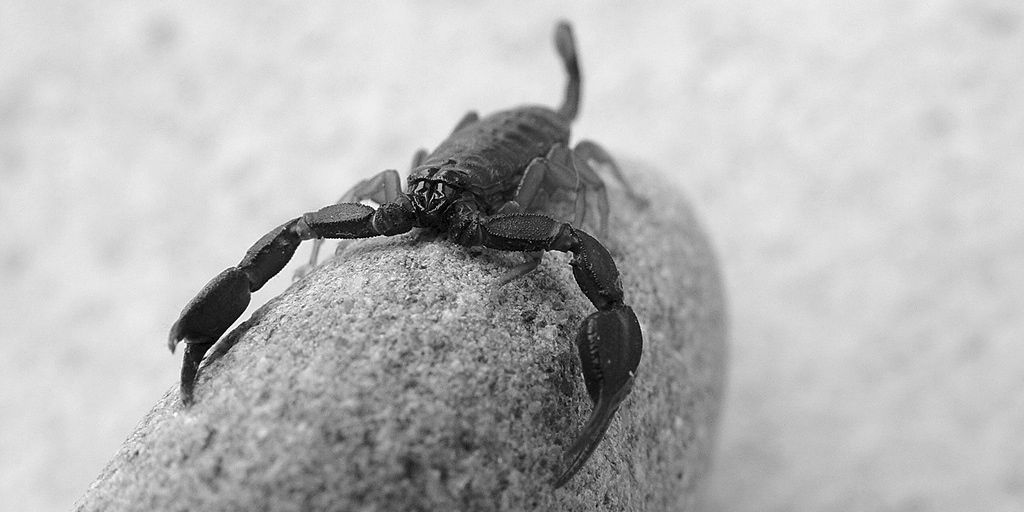 The Fennec didn’t sleep that night. Images of delusions mice projected in interested head and on few occasions almost went out to hunt for desert rodents. But it was too tired from the day’s chase with the wolf and kept to its hole. The gentle breathing and peaceful sleep of its litter gave it comfort. The three babies slept soundly on empty bellies. Their fur was smooth and soft and their years could hear well.

The Fennec remembered what it was to be young and strong and careless. Never to have seen any monsters and to believe that anything is possible. To hunt without fear and caution and to take great risks. To travel great distances and not eat for days without feeling tired. What has changed it though. It surely was not that old, it could still catch the fastest mice with ease.

Just now it was able to fool a giant strange beast by clever maneuvers in the desert walking under the sun all day. So what put a damper on its once free mind. It thought in that fashion all night unable to sleep. It recounted its life from the time it was careless and brave.

The first thing that had tuned down its enthusiasm for adventure was a scorpion. When the Fennec was on one of its first hunts it had chased a mouse into a shady crack in the rocks not far from here and had found an old and grumpy scorpion. The scorpion had stung it but its poison was stale and old so the Fennec get a fever and vomited the mouse it ate the night before. But since that incident the Fennec thought twice before going down a hole.

The next animal that scared it to death was rattle snake. It was the Fennec’s first encounter with a snake and it even though it didn’t bite its hissing and aggressive demeanor had pulled a nerve. After the snake, the fox thought three times before looking under a bush.

After the snake was a thirsty camel, then a wondering lone hyena, then a hawk, and even a giant hunter who pointed something bulky, round with a shiny circle in the front at the Fennec and pressed at button. No sound followed but the Fennec was afraid from the unfamiliar.

Finally the fox arrived at its current state of mind where everything was a danger and thought ten times before chaining a mouse.

As the morning approached, the Fennec started realizing that a state of mind was all its fear was and vowed to change that. Instead of taking all those dangers as a sign of fragility and death it would from now on take them as a sign of success. After all it had survived all of them. True its fear had protected it but leaping fierce trough the desert was delicious.

In order to be rid forever of its fears the Fennec knew it had to kill a scorpion so it can restart the circle and lift up its ego.

With the first rays of light the tiny fox left its litter of three to sleep and went on hunting but not for food, for its youth. It knew well that scorpions hid under rocks and in cracks so it surveyed all shady places that could stick its nose in. At times not without reluctance and second thoughts.

After several hours of empty dark places the Fennec found one. A large black scorpion in its prime, well fed and rested and having a bad day.

The Scorpion was a young male who had been traveling for several days. It was born next to a small ant colony where its kin had fed for generations but it felt too overcrowded and eventually the Scorpion got fed up with his elders telling it what size and color ants to eat and left. It wasn’t sure where to go but it knew it wanted to go far so no other scorpion from its kin would find it. So it crowded from rock to rock searching for a place to settle. It ate beetles and odd insects on the way but it could not find a sustainable source of food.

At times it missed home but it was determined never to go back. It was resting between two rocks when the Fennec found it and evicted it violently with its paw.

The Scorpion rolled on the dirt, scrambled to its feet facing the unblinking Fennec readying its poison. It has never faced a danger as large as the Fennec. In fact it has been lucky enough in its travels to be only threatened by hunger.

The two animals danced around each other in circle. The Scorpion knew full well that it could be easily squished to pulp by its opponent. And the Fennec knew that if stung it would likely die and its litter of three would also perish having barely been out of the hole.

As their battle drilled at their minds a blind mouse caring a large beetle crossed the open dirt in between them. The Fennec instinctively stepped on the mouse and bit in half. The mouse dropped the beetle. He Scorpion leaped and took the insect in its claw before retreating back to a safe distance.

The two animals stared at each other for a while before slowly going their own way. The Fennec has infused itself with the adrenalin it so desired and beloved the mouse as a reward for its bravery by a higher power. The Scorpion was just glad to get a meal out of this chaotic happening and returned to shady crack deep into he rocks where no Fennec would be able to bother it.